Since the days of the Coney Island Boardwalk, hustlers have been trying to separate us from our money.

The vendors on the boardwalk offered a miracle tonic, appliance, supplement, or tool.

They told us the gadget will work at home, in our car, and our boats and RV’s.

Then they hit potential customers with “Wait, there’s more!”

They sweetened the deal. Buy two. You’ll have one for your home, and one for the office or car.

They throw in a bonus gift.

The go for the close.

“Now how much would you pay?”

They offered it for a low price. Sold. Sucker.

The modern direct response advertisements (the ones with the 800 number) and infomercials come from a small handful of agencies that employ many of the same actors for different products. The guy who is pitching The Grout Bully as the “spokesman” is also  a pitchman for some trinket that claims to turn your garden hose into a pressure washer. The Snuggie actors have been featured in ads for many other products.

The scripts and the pitch have remained unchanged since the golden age of the Coney Island Boardwalk. The intro of the product, the multiple uses (car, boat, RV), the price, the “Wait, there’s more!”

Then they double the offer. Just pay separate “shipping and handling”, of course. Sold. Sucker.

This is the Punch and Snap. 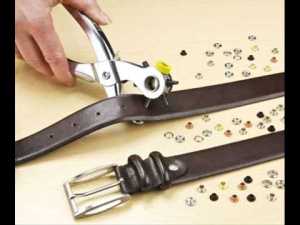 For $9.95, you can use this miracle tool to  punch a fresh hole in your belt. You can put a grommet on a tarp. You can replace an eyelet on your work boots.

The generous folk who push this piece of crap toss in 75 free grommets, snaps and whatnot.

And you get a second Punch and Snap, as long as you pay that shipping and handling surcharge.

I couldn’t possibly need or want one of these. Why on earth would I need two? There’s nothing in my Tacoma that needs a hole punched in it.

The idea of Oxy Clean is  pretty great, one must admit- it has the chemistry of organic stain removal correct. Some of these “As Seen on TV” products really do what we are led to believe they do.

It’s the shaking, you know. I don’t believe I need to explain further.

What blog on infomercials would be complete without including a picture of the king, Billy Mays.

There’s something about planks of wood and cheap gadgets that we find irresistable; early in his career, the then-unknown Mays sold the Washmatik portable washing device to folks on the Atlantic City boardwalk!  Mays once said in an interview, “I was taught to pitch by a lot of old pitchmen. That’s the kind of style I have.”

These kings and queens of  ridiculous “As Seen on TV” crap did it one better- they never gave up on their idea. They got their gadgets to the marketplace.

They saw a plan to the starting line.

Some of them are laughing at us,  all the way to the bank.