A Question Of Loyalty

“There’s only one thing I value, and that’s loyalty. Without it you are nothing.”

What does it mean to be loyal to someone?

That question was the dominant thread in the film The Ides of March, a brilliant, depressing film Starring Ryan Gosling and George Clooney. Watch the trailer.

Some of the takeaways:

Some of us are loyal to our bosses because of the fear of losing our jobs. Bosses make demands on us, to say and do certain things. Sometimes we do not agree with what we’re asked to do or say. But we do what we are told, we do it on time and/or on budget, and it’s almost always quickly forgotten…by the boss.

But we always remember.

We remember every time we’re asked to compromise our values and our integrity for another. We also remember when we willingly and gleefully did our jobs for our manager, because we shared belief in the meaningfulness of the act. Loyalty is a quid pro quo; If it’s expected, it must be given first. The superior we wish to express loyalty to has to show us first that they have our backs. We need to be allowed to make the occasional honest mistake, be forgiven for it, and not made to feel as if we are “on the radar”. We then substitute terror for loyalty.

Trying to not lose, as opposed to trying to win, are two very different states of mind. Employees who spend inordinate amounts of time creating paper trails and obsessing over covering their asses are terrified employees. This environment does not promote a feeling of creative freedom; innovation and risk-taking stops in the goal of self-preservation. I feel sorry for you if you’re scared.

In The Ides of March, loyalty in politics is currency. It’s a commodity, bought and sold for the benefit of not only the candidate, but the staffers who surround them. Nothing describes loyalty in politics more than the “What have you done for me lately?” attitude that permeates the relationship between politician and handler. In the film, Ryan Gosling’s character makes a loyalty transaction with his boss that surrounds an intern, an abortion, and a suicide note. Gosling basically says to candidate Clooney, “I have something on you. Make me part of the inner circle and it won’t get out…”

In the Shakespeare tragedy Julius Caesar, where the quote “Beware the ides of March!”  is used, Caesar gets the heads up some of his crew is going to go nuts and kill him. The play doesn’t feature black-and-white, easy to understand good guys and bad guys. There is subtlety and nuance where some of the characters suffer great conflict. Some are motivated by integrity and honor, others by bald ambition.

If you say it, you should know I’ll be checking.

When you are loyal to someone, you hold a devotion to them, either personally or professionally. Belief in the politics of a politician is loyalty – their people toil for them because they subscribe to the vision of the candidate and share their belief in the agenda.

Or maybe they possess naked pictures and naked ambition. 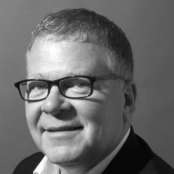 John Scott is an instructor and Career Services Manager at the School of Multimedia Communications, Academy of Art University San Francisco. @johnscottsf.

50+ ways to get out of the career rut : John’s book, You. Employed. Get the eBook

← Here’s a Job That’s Never Posted But Always Open
→ You, in a Barrel